Understanding the Shroud of Turin 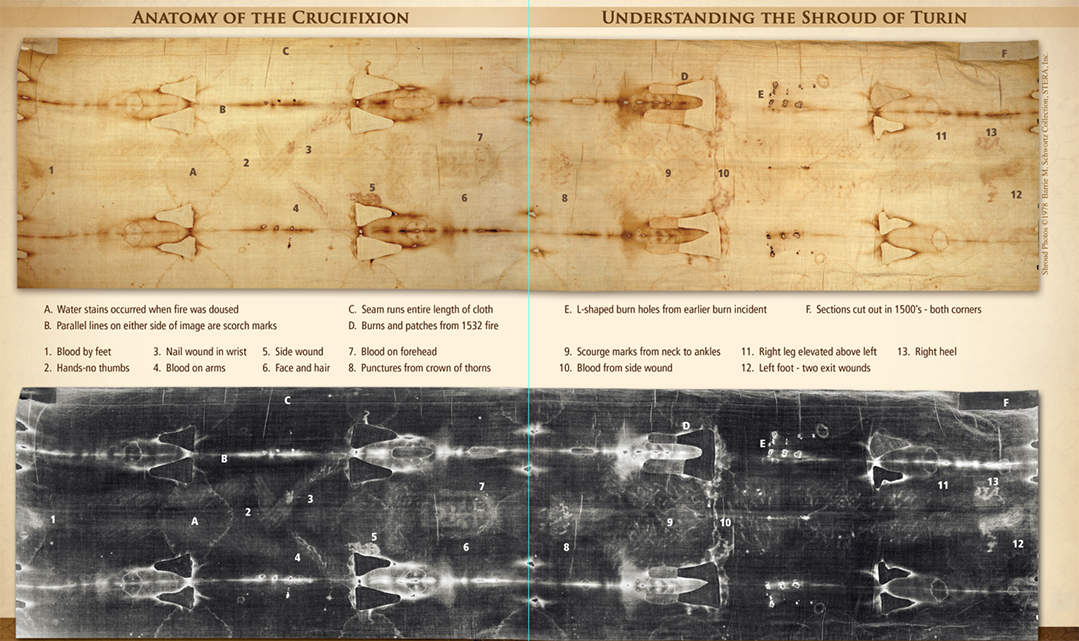 Shown are all the marks on the Man of the Shroud that relate to the Gospel accounts of Christ’s suffering. The National Shroud of Turin exhibit will virtually elaborate upon this diagram with state-of-the-art graphics.

The rust-colored top image is how the Shroud of Turin appears to the naked eye and is often referred to as the negative image. The second, black and white image is known as the positive image — discovered in 1898 when the cloth was photographed for the first time. That meant, for centuries, the positive image — clearly showing marks of torment on the crucified man — was hidden within the Shroud, waiting for the invention of photography. Finally, the green center line indicates where the Shroud was folded on “the man” distinguishing between the front-to-back mirror image. Amazingly, these negative and positive images are only one of the Shroud’s mysterious properties that defy scientific explanation.