Why Does Washington, D.C.

The Shroud of Turin? 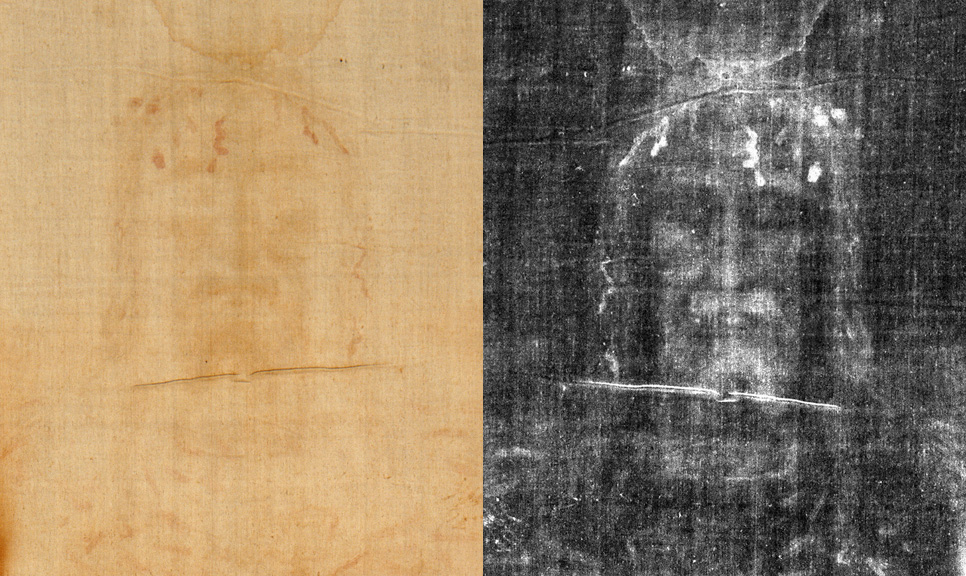 The Shroud of Turin is the most studied artifact in history.

According to the United States National Institute of Standards and Technology, the Shroud is the most studied artifact in history. Additionally, Washington, D.C., is the most powerful city in the world. Together a confluence of influence is created about the crucified man seen on the Shroud that millions believe is Jesus Christ. Shown above is what's known as the Holy Face. On the left is how the Holy Face looks with the naked eye that we know now is actually a negative image. On the right, what is referred to as the positive image - "hidden" until 1898 when the Shroud was photographed for the first time.

That photographic mystery is only one reason why the Shroud stymies scientists of every nationality and discipline, offering no natural explanation about how and why the image of a crucified man was formed on the cloth. 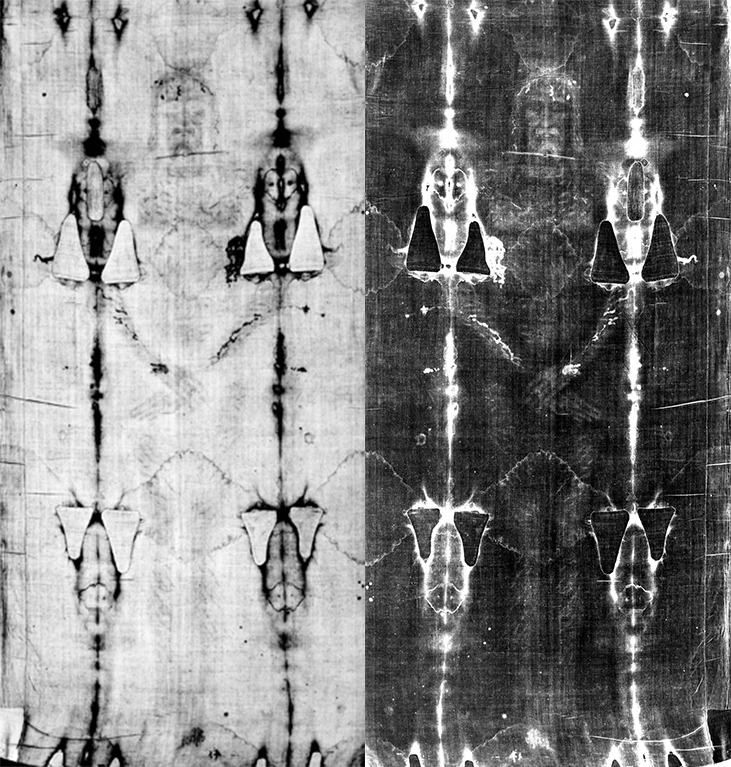 (L.) Natural or negative Shroud image as shown in black and white. (R) The Shroud's positive front image as seen in a photo-negative resembling an x-ray.  The prominent vertical marks are burn marks left by the fire of 1532.

The Objective of the National Shroud of Turin Exhibit

All believers and doubters are welcome to contemplate the Shroud as a mysterious intersection of faith, history, and science.

For centuries millions of people around the globe have believed that the unexplained linen Shroud could be the authentic burial cloth of Jesus of Nazareth. Furthermore, modern science and technology have revealed many secrets hidden in the Shroud since its formation. This physical proof of the modern age will be probed and examined by guests of the interactive and immersive National Shroud of Turin exhibit. 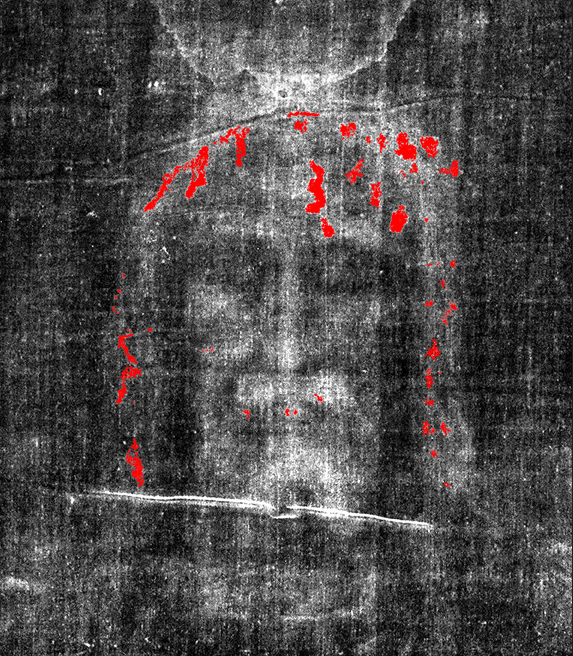 Red blood is enhanced, but where and why the blood appears is attributed to the "Crown of Thorns"

Visitors will draw their own conclusions about the cloth with its enigmatic image. But to everyone, a question will be posed that Jesus asked Peter as recorded in Luke 9:20, "Who do you say that I am?”

Furthermore, Pope John Paul II called the Shroud “a mirror of the Gospel.” Indeed, as people explore the Shroud’s numerous mysterious properties, they encounter the message at the heart of the Christian faith—the life, suffering, death, and resurrection of Jesus.

Washington, D.C. is the perfect city to host a permanent high-tech Shroud exhibit because vistors and people of influence both local, national, and international will have an opportunity to learn about the Shroud of Turin's message and why the cloth remains the world's most studied artifact.